EXCERPT FROM AN INTERVIEW WITH RUTH TERINDE (2006)

Gestalt Therapist and Director of the Autism Institute in Ibbenbüren.

About the sexual assistance that one of her clients, Adam (Name changed),

is receiving from Nina de Vries.

Can you shortly describe your relationship to Adam?

I know and work with him since he is three years old. Adam always had very much a will of his own. He has always been a person who makes it very clear what his needs are and also demands their fulfillment. At a certain point there was a break in our contact. I met him again as an adult. He had moved into another institution and was showing extreme (auto)-aggressive behaviour. At that point I started to work with him again. In order to be able to reach him I worked with Gestalt-therapeutic methods, mainly focussing on bodywork.

How did it come about that you recognized his need for sexual assistance?

Through my own therapeutic work with him I could observe clearly that Adam also has sexual wishes/ needs. Partly because he would demand from me that I would also massage his belly and genitals and he would also want to touch my breasts or put his hand between my legs. This of course is not part of my work. At the same time, independently of Adam I had been busy with the issue of „sexuality and disability“. I visited Denmark where it has been made into a law that professionals working with the disabled also have a responsability to support people concerning this issue (passive sexual assistence!). I had the wish to be able to create a possibility for Adam In the legal situation we have here in Germany this is a bit more complicated.

His mother is a very open and tolerant woman and she wished for her son to be able to make sexual experiences. We have observed a direct connection between his aggression and his wish for physical intimacy with women. He tried to make contact with women when we were in shops or on the street. Gently touching them. Not understanding why this is causing such negative reactions. There came a point where we could not go with him in public places anymore.

Then we were lucky to see a television show where you were talking about your work. We contacted you and I feel right from the beginning on Adam has shown a positive reaction. Even if it took a while to be able to come into direct contact with him. Something like: Wow! They´ve understood what I need and they are taking care of this, they take my needs seriously. I feel that is one of the most important things, this respect towards people with a disability that they have a right to live and express their sexuality.

What do you feel has changed through working with him in this way?

I see a clear lessening of aggression. It has been observed that after sessions with you he sometimes sits completely calm, almost meditatively on his bed for an hour or so and a deep contentment was perceptible.

For some autists it is quite enough to learn this technique. With Adam I feel that isn´t sufficient. He is a person who strongly orientates himself on others and connects them with certain facets of his life. This experience, to be taken seriously and to be seen as a male being, even if he has quite strong deficits in other areas, is important to him.

People working on different levels in institutions sometimes fear that people with a mental disability will not be able to make distinctions after having such experiences. They might expect the same assistance from the people who work with them in normal everyday life. How do you see that? Did you have this concern?

I personally didn´t have this apprehension because with autists it is very obvious and common that they link people with certain activities and also hold on to that. Before the contact with you came about he tried to get into this kind of contact with me and as I couldn´t respond to this he became more and more aggressive. Since these sessions take place it is so that when he tries to touch me in that way I have an alternative I can offer him. I can see it more as a way in which he tells me about his needs. In such moments I can tell him that you will be coming again and then he laughs and is visibly happy about it.

In the bodywork sessions with me he has never gotten the idea to take of his trousers. It is clear to him that this belongs in the sessions with you and that that is something special which he is not expecting to happen everyday.

The claim that we rouse sexuality where there is none is definately wrong in my opinion. I think it is important that professional caregivers learn to talk honestly about their own limits.

What are the qualities, a person who offers a professional sexual assistance must have, in your opinion? Why did you trust me to work with Adam? Were you not afraid I could do damage?

Fundamentally I feel that one cannot „ do damage“ in relation to people with a disability, whether the issue is sexuality or something else, when one is authentic, has developed a clearly defined personality and is consciously committed to his own work. One must have clearly defined one´s own limits and I see that with you. You radiate a certain confidence. Autists need the feeling that that what the other is offering is really sincere. They are real and authentic and one can only work with them when one can handle that. I perceive you in such a way that you have clearly decided for yourself „I can do that“ and that you also check this over and over again. I think it is important to have a good selfreflection and also own therapy experience.

In our first telephone conversations where I felt a little insecure, you came across as very sure about what you want and what you don´t want. That always impresses me, no matter what the issue is, when someone is sure about what they are doing without being rigid.

Could you say something about the fact that it might seem contradictory to offer such an intimate touch/ meeting to autists who are said to be afraid of human contact/ touch?

In autism there is a flooding of stimuli happening caused by a disturbance of certain brainfunctions. These people are not able to filter impressions and impulses coming through the bodily senses. To be able to cope with this often frightening state of being they retreat and prefer to be busy with objects and repetitive structures as this is calculable to them. Human beings are not calculable. So it is not that they do not like or need physical contact. They simply do not know how to structure it.

It is our job to structure the physical touch in such a way that it is calculable. These are no 5 minute actions. This is build up over years. I started with massaging one arm. Then after a time, the other arm. The trust that touch is not threatening them must grow. Now he can enjoy it.

Many people with autism need bodily contact, they crave for it. It is our job to create a form in which they can take/receive it. 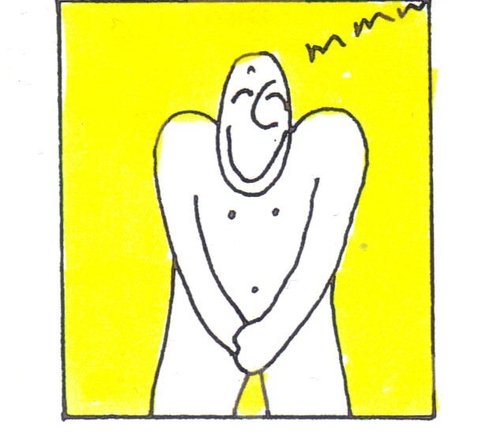